Traditionally, the main-stays of treatment have been solely aimed at the patellar. These include hamstring, gastrocnemius and ilio-tibial band (ITB) stretching, quadricep (VMO) strengthening and patellar McConnel taping. Whilst these treatments are effective components of the rehabilitation program, recent research has suggested the sports physiotherapist should assess other components of the lower limb kinetic chain.

The Role of Pelvic Stability

Recent studies have shown that females with patellofemoral pain syndrome have:

However, despite these findings there has until recently been limited evidence of the effectiveness of strengthening the pelvic musculature in these populations.

NB: It is important to note that the study population was not athletic.

The exercise groups performed a supervised exercise program 3 sessions a week for the 4 week period.

At the 4 week evaluation both the KE and the KHE group showed statistically significant improvements on the Lower Extremity Functional Score (LEFS), Anter ior Knee Pain Scale (AKPS), and the single leg single hop test. However, there was no significant difference between the two groups.

The KHE group, however, showed a greater reduction in the 11-Point Numerical Pain Rating Scale (NPRS) on descending stairs. The KHE group’s improvements were above the minimal clinically important difference (MCID) for the LEFS, AKPS and NPRS.

Limitations of This New Research

Clinical Implications of This New Research

This research suggests that the addition of hip external rotator and abductor strengthening  to a program of knee strengthening and stretching leads to improved outcomes in females with patellofemoral pain syndrome. However, you must always consider the limitations discussed above.

Whilst the optimal exercise prescription is not assessed, the program described above of 3 times weekly utilising 3 sets of 10 repetitions at a resistance of 70% 1 repetition maximum seems to be effective.

This new research may not dramatically change the clinical practice of many sports physiotherapists out there, as I’m sure many are already utilising pelvic strengthening as a component of PFPS treatment. If you are in this group, it is comforting to know that we are operating with the support of clinical research. It is also interesting to note that effects of such an exercise program can produce clinically important changes in such a short time frame.

What are you thoughts on the use of pelvic strengthening exercises in patients with patellofemoral pain? Do you find it clinically effective? Comment here or catch me on Twitter or Facebook. 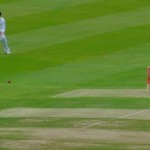 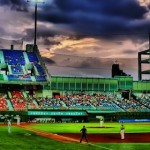